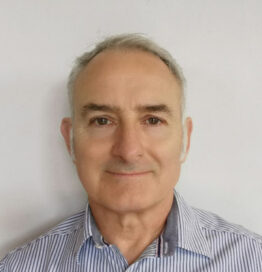 Tony began his security career in the military, having served in the Royal Navy where he was a weapons instructor and warfare tactics specialist, tasked with countering waterborne and airborne threats against naval ships. He commenced working in the UK civil nuclear sector in 2018 where he is responsible for developing physical protection systems for the protection of nuclear material in transport nationally and internationally. Working closely with the UK competent authority and international security stakeholders, Tony has led the security planning for many transports of Category I nuclear material; he has also fulfilled the role of tactical command during loading and unloading operations. Tony has been involved in nuclear security workshops in support of UK and USA governments threat reduction and capacity building initiatives and has given technical support for IAEA Nuclear Security Series reviews.