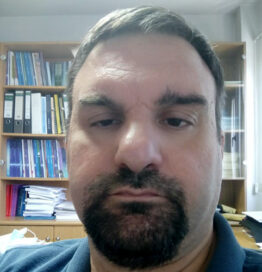 Demetris Sakkas holds a BSc (Hons) degree in Physics, a Master’s degree in Medical Physics, and a Master’s degree in Public Administration. He worked as a Physics Teacher and Lecturer in the UK and Cyprus until 2004 and from 2004 to 2006 he worked as a Medical Physicist. Since 2006, Demetris has been employed as a Labour Inspection Officer in the Cyprus RA. He is a Certified Nuclear Security Professional (CNSP) through the World Institute of Nuclear Security and is a member of various international committees/groups.