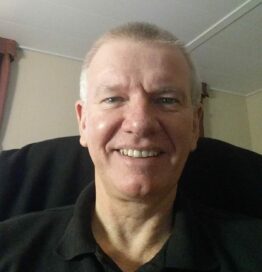 Richard has over 41 years policing service, the last 35 years’ with the Civil Nuclear Constabulary and has previous service in the UK military and UK police service. He has been an operational firearms officer and is a qualified Tactical Firearms Commander specialising in the command of nuclear material transport escort operations.

During Richard’s service he has undertaken criminal investigation, operational roles with Units as public order and dynamic intervention team leader, along with  corporate headquarters roles, including professional standards department and internal inspections.

He has been involved in nuclear transport escorts for over 20 years and has been the Commander of the teams at sea including the largest ever international Cat 1 NM shipment. Richard has experience working with international partners and was on the first International movement Sy course held by Argonne laboratory in Chicago. His current role is one of the operational police Chief Inspectors within the CNCs’ Strategic Escort Group, preparing teams for delivery of nuclear escort operations.