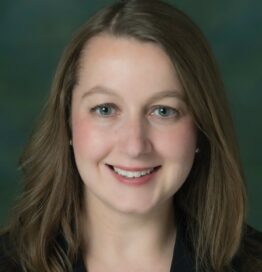 Samantha Neakrase joined NTI in June 2012. At NTI, she leads two major projects: the NTI Nuclear Security Index and the Global Dialogue on Nuclear Security Priorities. She has also led projects on cyber security of nuclear weapons and related systems and the Nuclear Nonproliferation Treaty. Ms. Neakrase is co-author of two recent NTI reports, “Nuclear Weapons in the Cyber Age” and “A Roadmap for America’s Nuclear Policy and Posture.” She has also authored two articles on the review of the Amendment to the Convention on the Physical Protection of Nuclear Material: “Strengthening Nuclear Security with a Sustainable CPPNM Regime” (Arms Control Today, June 2019) and “More Work to Do: A Pathway for Future Progress on Strengthening Nuclear Security” (Arms Control Today, October 2015, co-authored with Jonathan Herbach).

In May 2012, Ms. Neakrase completed an MPA degree at the Harvard Kennedy School, where she focused on foreign policy and national security and received the Donald K. Price Award for academic excellence and community service. She also served as a research assistant for New York Times journalist David Sanger on his book Confront and Conceal: Obama’s Secret Wars and Surprising Use of American Power. Prior to attending the Kennedy School, Ms. Neakrase practiced law at Simpson Thacher & Bartlett LLP and clerked for the Honorable Maryanne Trump Barry on the U.S. Court of Appeals for the Third Circuit. Ms. Neakrase was a term member of the Council on Foreign Relations. She holds a BA from St. Olaf College and a JD from Villanova University School of Law, where she was elected to the Order of the Coif.