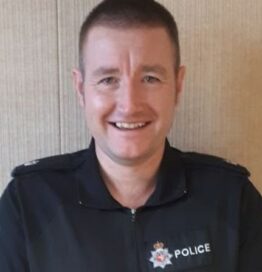 Tim has over 25 years’ service with the Civil Nuclear Constabulary and has previous service in the UK military.  He has been an operational firearms officer and is a qualified Tactical Firearms Commander specialising in the command of nuclear material transport escort operations.  During Tim’s service he has undertaken operational, intelligence and corporate headquarters roles and was the head of the UK’s Strategic Escort Group where he managed escort operations including the largest ever international Cat 1 NM shipment and a programme to transport 13 tonnes of Cat 1 material between two sites in the UK.  Tim has experience working with international partners and is currently involved in an IAEA Transport Security Training Programme.  His current role is the operational police commander at the Sellafield nuclear plant in the UK and he also retains management oversight for the escort team.